THE QUALITY OF OUR LIVES DEPENDS ON OUR NUTRITION, EXERCISE, SLEEP AND ON OUR MENTAL STATE (Filip Manja)

Like many of his peers, when he was 20 he didn’t know what he wanted to do. He spent some time being ’’stuck’’ at the Law school of Belgrade, feeling unhappy with himself and the situation the country was in at that time. He wanted something more exotic, something more creative and closer to his heart. He started studying Chinese language where he became interested in traditional Chinese medicine while writing his essays. He had visited China a couple of times until he decided to spend even more time in this unusual country. He started practicing Qi Gong, and his relationship with a scholar of Chinese medicine, a 100 year-old master Duan changed Filip Manja’s life path, and he is soon to become a doctor of Chinese medicine. 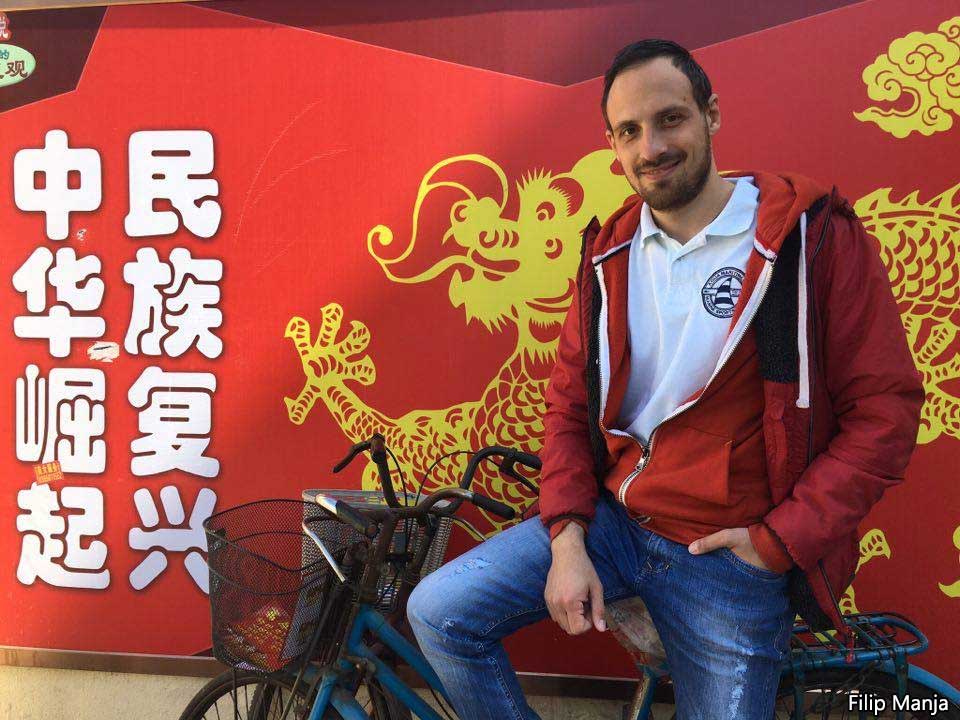 -At that time I was living in the suburbs of Beijing, studying from master Duan on a daily basis for eight months and I was gaining knowledge with his help. After that I began my studies of traditional Chinese medicine and I am currently at the fifth and final year, says Filip Manja(35).–Broadly speaking, acupuncture is a part of Chinese medicine people in Europe are most familiar with. It was the easiest part to bring to the West because it doesn’t require complicated machines and is much easier to practice than dealing with herbs that actually represent the core of Chinese traditional medicine.

How does a checkup with a doctor of Chinese medicine look like?

Chinese medicine states that all problems in our bodies and minds result from an imbalance in our beings, and Filip mentions that nobody is in a state of perfect and complete balance. That is fine as long as it is within acceptable limits, says Filip.
-A regular checkup with a doctor of Chinese medicine begins right at the door when the doctor observes the patient’s energy, his or her posture, and this initial impression already says a lot to the doctor, especially about the general state of energy of the person coming for help.
Diagnosis in Chinese medicine consists of observing skin and hair, examination (conversation), listening (paying attention to the cough), smelling (breath and the skin), feeling bumps, deformities and checking the pulse. Filip Manja says that it is important to observe the tongue because much is written on it.
-We differentiate between ’’the body of the tongue’’ (the muscle), and the surface layer of the tongue. The body of the tongue gives us information about basic body organs, and the surface layer tells us about the body’s condition and pathogenic conditions. Sclera, hands, ear, palm, all of these are examined during a checkup with a doctor of Chinese medicine.
Chinese medicine uses terminology and a different dimension to describe symptoms which are grouped into different categories, and those categories are similar to natural occurrences. So, there is a ’’wind pathogen’’. If somebody has skin rash or some other skin condition that is spreading fast (resembles the wind), than the ’’wind’’ pathogen will be discussed. When it comes to this feeling of heaviness the“humidity” pathogen will come into play,and the method of treatment will focus on the removal of wind or humidity using acupuncture or herbs that will bring more warmth or cold. 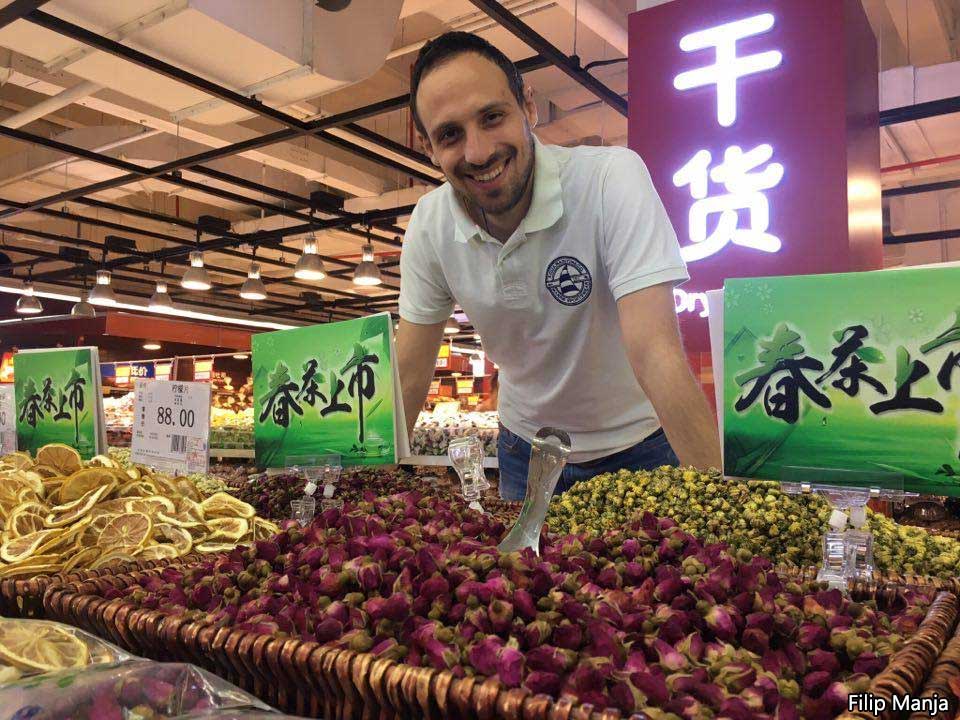 Chinese medicine is well-known and much appreciated all over the world. Chinese people are said to be healthy and long-lived. Is this the case today?
-It is very important to define whether we are talking about Chinese people living in big cities or those who uphold some long learned premises and culture of living. Changes in lifestyle are immense and so is the influence of modern technologies. Chinese people are also under a great deal of stress and pressure. Time is not on their side, so older generations are those who are much more concerned with health. One of the most beautiful sights is the morning in China, when parks are teeming with middle-aged and elderly who are exercising, singing, dancing, playing. Everybody does this to the best of their ability and this is how their day always starts. After that they have breakfast. The importance of this is something that even young people are aware of, but many of them can’t find the time to do the same.
In China women follow certain ancient rules, so they avoid cold and wind during their menstrual cycles, they keep the lower part of their back warm and they avoid food that has this certain cold energy attached to it, like fruit, ice-cream and cold water.

How to make our thoughts clear and solve mess in our head?

Chinese people get up early and go to bed early. Early in the evening the playground and parks are full again, hundreds of people are walking on grass, some are running while others are playing football, but they all share one thing, they are active in all stages of life. All of them also have healthy habits, and our converser has gladly accepted some of them as his own. 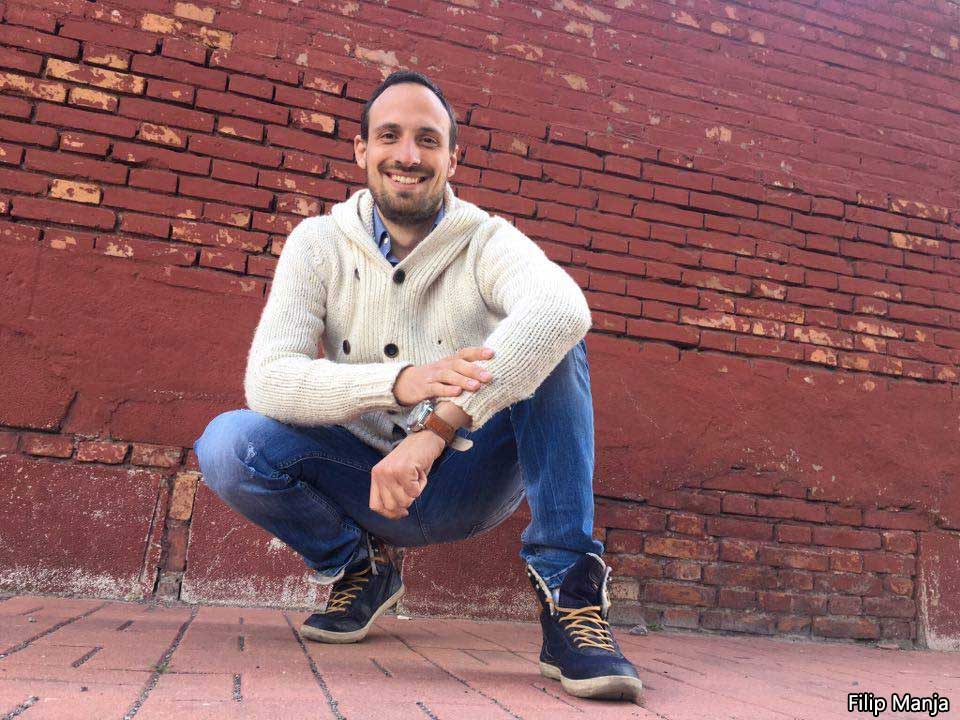 -Every morning I drink two glasses of warm water on an empty stomach. I add some lemon, mint or ginger to it. The body needs to be hydrated in the morning because we have been without fluids for the past eight hours of sleep, so this form of hydration is also an excellent way of detoxing-says Filip Manja.–Before getting up, a three to four minute long meditation is a must. I do this immediately upon waking up in a seated position and its purpose is to prepare me for the day. I also meditate at noon, while the evening meditation is a way for me to prepare for the night and clear the mess in my head and my thoughts. Even when I don’t have the proper conditions to meditate during the day I still find a way to do it, wherever I might be, by closing my eyes for a couple of minutes and calming myself down.
Filip Manja says that meditation is important because each of us can get lost in our own thoughts and identify them as the only reality we know.–
-Meditation shows us that we are not those thoughts, and that there is something else that we can call awareness. It is very important not to get lost in our own thoughts.

Food for a healthy life and good health

The power of herbs is immense and Filip became certain of this during his life and academic career in China. He is fascinated with systematical knowledge of plants that goes back for a few millenniums, and he doesn’t hide that he has changed many of his habits under the influence of Chinese culture.
-Rules are clear here and there is awareness of what and when we should eat. During the cold months we shouldn’t eat food that has a so-called cold energy. If you go somewhere cold you shouldn’t eat cold food, and if you have a ’’fire’’ in your body, pain in your stomach or pimples, you should avoid warm food. Cold food consists of mint, fresh fruit, salad, and warm food consists of ginger, pepper, lamb, veal etc.
Chinese medicine states that food has a great impact on how we feel physically and that it, apart from exercising, sleeping and mental health, represents a very important factor of a good quality of life. In Chinese culture food is very important, just like the time when food is consumed.
-Breakfast is always around 7.00 o’clock, lunch between 12.00 and 1pm, and everything stops working then, while dinner is before 7pm o’clock. They go to bed around 10pm  and they get up around 6am. Chinese people eat plenty of vegetables and they prepare it in various ways. Different regions have different food,and Sichuan region has spicy food. That region has characteristically high levels of humidity. People who live there need spicy food to eliminate the excessive humidity from their bodies. If they were to come to a part of China where winters are dry and cold and kept their habits, they might become sick. Chinese people are not vegetarians but they don’t eat large quantities of meat and they always cut it into small pieces. Depending on the region, they eat rice or noodles, southerners prefer rice and northerners noodles. Bread is different, it is cooked on steam, has a shape of a roll and it is called mantou. It is true that restaurants that specialize in dog meat exist but they are equally strange to us as they are strange to Chinese people. In Beijing there is a street that cuts through the main pedestrian area and it has small shops with strange groceries some of which are snake, seahorse or scorpion meat. After their meal Chinese eat sour fruit, for example tangerines or watermelons, sometimes even candied fruit. Younger generations eat chocolate while older people say that they find the taste  too sweet. 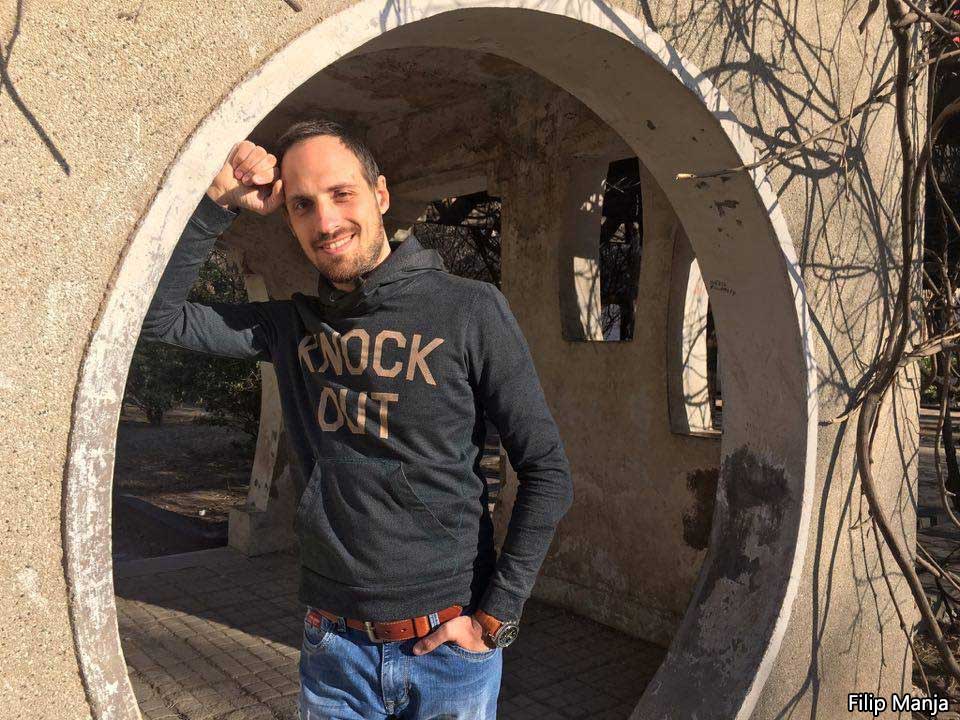 Combination of proper nutrition, modest portions and regular exercising on a daily basis (and one that is not necessarily intense) is the formula of these people’s longevity.
-Intense training is not recommended for those under stress because it increases the risk of a disease – says Filip Manja. –Chinese people have always preferred power walking, swimming, chi gong, light and fluid exercises. A big problem lies in the fact that many people know what they should do, but simply choose not to. We are not willing to persevere in doing things that are so simple and effective, and the first step is to set a clear goal for ourselves. I am a huge fan of small steps. One small step can lead to great change and bring about a perpetual effect.
Filip doesn’t hide the fact that he had been unhappy with himself and his surroundings before he decided to continue his life in China.
-I had a choice to do something for myself and invest a few years in it which wasn’t a big sacrifice. The question whether I really wanted to change never really presented itself; I never gave myself the option of second guessing. This was something that I held onto; I followed my intuition and the direction in which I was heading. I planned everything for the long run and I watched what the future would bring. It is not good to look back and think about the past. If people want change, they should first dip their toe in the water, than get in until it reaches  their ankles, then go back if it is too warm, only to try again. That is a healthy way towards change. When we decide, we no longer look back.