Why do women stay in toxic relationships? 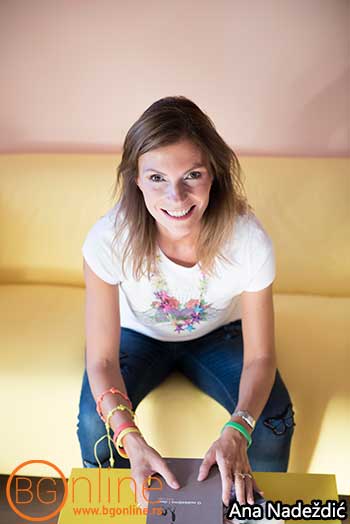 Every time a person with a problem reaches out to me, and they are usually women who are unhappy in their relationships, it represents some sort of a confirmation that I’m in the right place and that the profession I have chosen and that I unconditionally love is of huge benefit to those who at certain point in their lives fail to see a way out of their tormenting situation.
Very few women are happily married. The thing I often hear is that men show lack of interest, stop being romantic, that they focus on their career and don’t help around the house. These are the usual problems which appear in long-term relationships after the initial period of infatuation. (Of which I have already written). This is actually covert psychological abuse that many women experience within a relationship but are unaware as it is not as obvious as physical abuse.
For example, when a woman is certain that her husband is lying to her and notices clear signs of adultery because he often goes out and comes back late at night using his friends as an excuse, when in fact he is having an affair with another woman . We can talk about gaslighting when such a man starts insulting his wife and targeting her self-esteem.
I had a client, a woman who told me that her partner had been avoiding going on holiday with her because she was too fat in his opinion. Moreover, he had also told her that she was incompetent and far from smart. I have met many women who have suffered such behavior for years, holding on to an occasional outpouring of love, justifying a manipulating partner, convincing themselves that he actually loves them, hoping that the situation would improve and change one day. Unfortunately, this doesn’t change on its own.

What is at play here and why do women put up with this?

To make myself clear, we are talking about educated, attractive women, with good careers here. Why don’t they simply break up, free themselves of those subtle and seemingly harmless bullies?
It is our subconsciousness that holds certain beliefs which contribute to attracting a partner like that, as well as subsequent lack of resolve to end the partnership: the belief of ‘’I am not worthy” , typical of women, absolutely all women regardless of the level of their education or career success. Do you realize that if you were to ask those women about their notions of self-worth, all of them would tell you that they have high self-esteem? Why? Simply because the notion “I am not worthy” is so deeply rooted in the female psyche that as the word itself implies, they are not aware of it, whereas the answer “I am worthy” comes from consciousness which occupies only 8% of our mind’s capacity.
It is important to know that we, women, carry within us the collective memory of all those things that our mothers, grandmothers and great grandmothers thought and felt. This is called the collective sub-consciousness, and we all know from history what it was like for how women of older generations in patriarchal societies. Despite the modern woman’s emancipation, education, nurture, and surface strength, all that but a mask to cover great personal insecurity. This insecurity is most overt in relationships, as well as the use and perception of money.

How to break away with this?

The first step is to recognize that the current situation is not good and that it doesn’t contribute to woman’s self-esteem. The next step is to stop expecting that our partner would change on their own. Open conflict could lead to the partner changing their behavior for a while, and then relapsing. This doesn’t mean that silence and passivity are the answer. Conflicts and arguments are sometimes fine, but we shouldn’t leave things there.
It is very important for women to seriously work on themselves without blaming their environment for the situation they have found themselves in, and also not to blame themselves.
Reaching our true, authentic notion of self-esteem is the most important thing that people, women even more so, can do. That is a process which doesn’t need to be long but still requires time and effort. Our gain exceeds investment. We gain peace, and deep, genuine personal satisfaction l, regardless of our relationship status. If we were to start a relationship in that state, it could have an entirely new level of quality. It means that the partners are together because they want to, not because they need someone to fill the void inside them. Only then will they be able to give one another what they need all the while staying true to their values. People who listen to themselves and are aware of their own worth will have a partner who reflects that in gesture, love and loyalty.
Are you ready to let go of your fear and tell yourself: “I am worthy simply for being!!”?

Household items you should get rid of and why