ONLY ROMANTICS AND NEUROTICS GO TO THE CINEMA

We live in a time in which cinema no longer represents a shrine of art as it used to. Movies can be made with mobile phones, many things have lost soul, and all this brings no joy to the world-renowned film director Emir Kusturica who says that film has completely changed in character in the last ten years. 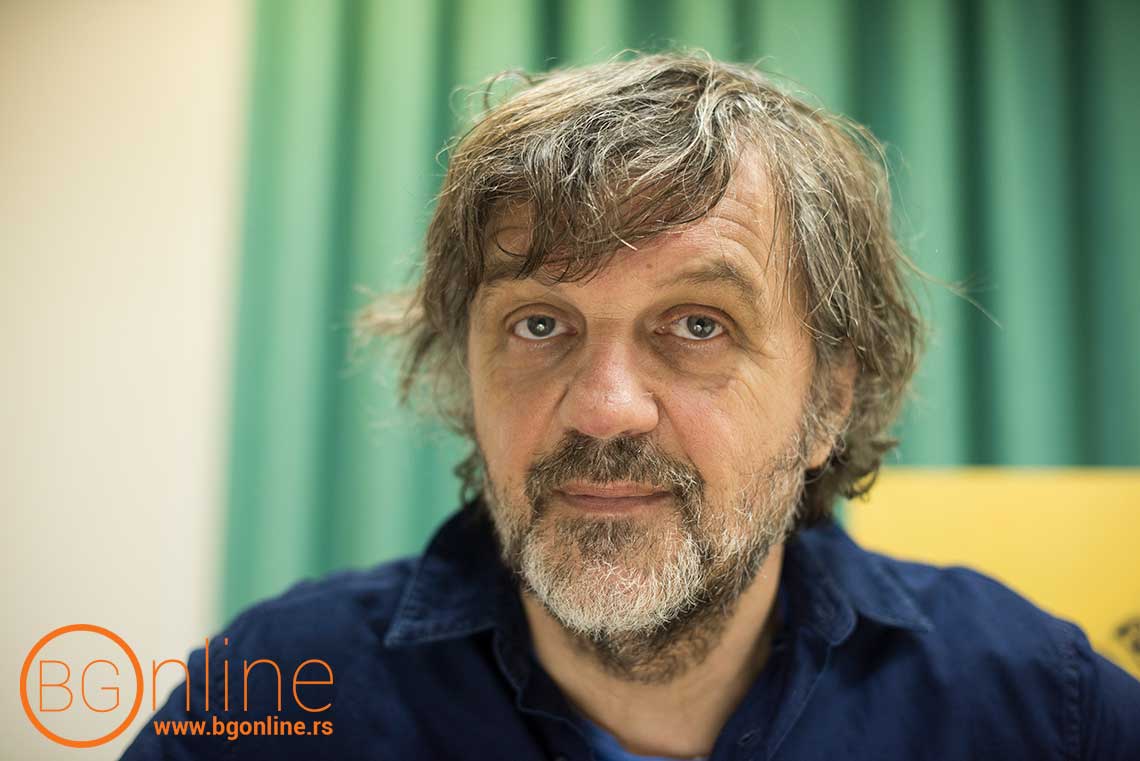 -I find it difficult to understand this new movie language which remains completely undefined. When I was starting my career I studied and adhered to the laws of cinematography, but this is no longer the case today. The difference between films and TV shows is no longer clear-cut, and TV show has become a better format to express ideas than movie, says Emir Kusturica and ponders whether the movie has escaped cinema and crossed over to television, where it is quietly transforming into a new form. –Today everybody is making movies and it is no longer a privilege of educated people. We used to save on every inch of a film tape, whereas the modern cameras keep rolling until spontaneous reactions are captured to be used in editing later.

Movie is a casino in which the number you are betting on can betray you even if you are well educated and focused on art – that is the stand of the famous director who says that the lack of style is a major problem in the film industry. For ten years Emir Kusturica has had a trustworthy recipe for keeping away from everything that can get him out of balance, and taking good care of what he is feeding his mind with. He has revealed this recipe to the readers of BGonline.
-Don’t read the newspaper you don’t like and don’t watch the television. My children grew up without television and they went to sleep with books. A lack of taste is predominant today thanks to the boulevard press which has brought forth the circus we are living today. Once we turn off our TV sets and stop reading the newspaper, liberation ensues.

Life with a book

Life without television is a life with a book, Emir Kusturica explains.
-People who read have no time to watch TV, whether it be historical books, belle lettres , professional books , or any genre. Such people have their own space. Imagine what would happen if someone stormed into that space uninvited. Imagine what kind of intimacy breach that would be if a punk, a lowlife or a fool was to storm into that space. Communicating with a TV is to be avoided by all means. This device is the most devilish in the history of humanity.

Strength of a tear and a smile

Ever since his college days cinema has been where he spent his happiest moments. Today Emir Kusturica enjoys having his own cinema and selecting films to watch.
-Today only romantics and neurotics still go to the cinema – says Kusta. –I have my own cinema and I am convinced that every tear and every smile are much more intense when released within a group than when we are alone. When we are alone we judge, whereas when we are in a group our principles fade away at the sight of an emotion that someone has shown right there in front of us. I enjoy cinemas at Foca and Visegrad.
Emira Kusturica’s band “No Smoking Orchestra” has been playing rock and roll and film music for 21 years, and the celebrated film director announces that they are close to completing the second album. One song from the new album will premiere at the 11th Kustendorf Festival.